Why Pearls Are So Expensive? Costly Pearls in the World 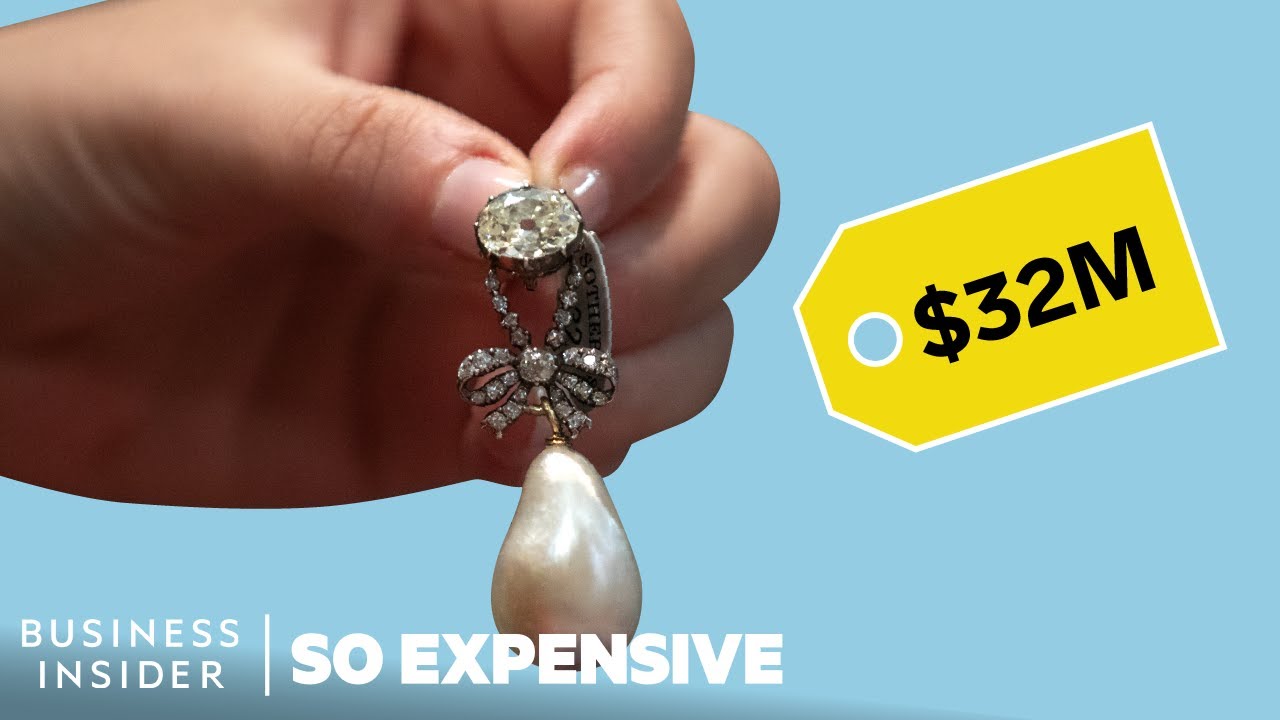 Pearls have been a symbol of elegance and class for centuries. The Maharajas of India and European queens adorned themselves with pearls, a symbol of their prestige. At 2018’s Catholic Church-inspired Met Gala, celebrities walked the red carpet dripping in pearls. Uma Thurman’s dress had over 3,000 white pearls sewn to it, while Rihanna’s pope-inspired outfit was encrusted in pearls.

At the 2019 Grammys, Cardi B was basically dressed like an oyster. The most expensive pearl ever sold was Marie Antoinette’s pendant. It sold for $32 million in a 2018 auction. But what is it that makes pearls so expensive? Marie Antoinette’s pearl was part of a diamond-studded pendant, and it has important historical significance, which increased its value. But there are several other factors that determine the value of a pearl. Tom Moses: Assessing the value of a pearl is probably the most complex gem to assess.
That’s Tom Moses. He’s a gemologist at the Gemological Institute of America where he oversees diamond grading, colored stone identification, and pearl identification. He says that part of the reason the Marie Antoinette pearl is worth so much is because it’s a natural pearl, which brings us to one quality that determines a pearl’s value.

Natural versus cultured. Natural pearls are hard to find. They’re rare, and this makes them worth more money. But let’s rewind for a second. What is a natural pearl, and how are they formed? Natural pearls form when some kind of irritant, usually a small organism, makes its way into the shell of a mollusk like an oyster or a mussel. To protect itself from the invader, the mollusk starts to coat the debris with nacre, or mother-of-pearl, the same material that lines the inner layer of its shell. It continues doing this, and the irritant grows into a shiny pearl.
Cultured pearls are formed by the same process, but instead of the irritant entering the shell accidentally, it’s put there intentionally by a human. Pearl farmers insert a piece of mollusk tissue, which is called donor tissue, into the shell of the oyster where they want the pearl to grow. This triggers the oyster’s defense response, and it starts coating that piece of tissue with nacre. The vast majority of pearls on the market are cultured pearls.

The Gemological Institute of America uses X-rays to tell if a pearl is natural or cultured. If you look closely at these two images, you can see the difference. Moses: Think about the layers of an onion. So a natural pearl would have all of those concentric layers of growth from the very inside out.
A cultured pearl, on the other hand, is like an orange, with a large center and a thinner layer of pearl growth around that. The large center is the manmade irritant placed in the shell to encourage nacre formation. Cultured pearls date all the way back to around 500 AD in China.

However, in 1893, the Japanese-born Kōkichi Mikimoto streamlined the process and eventually created perfectly round pearls. Today, Mikimoto is widely considered the grandfather of cultured pearls. He used Akoya pearls, which are the traditional white round pearls you’re probably familiar with. By the 1920s, cultured pearls became more commercially available, which made them more affordable and accessible to people who weren’t royalty.
But just because you can grow a cultured pearl doesn’t mean it’s an easy process. Pearl farmers pry open the mollusk shell just enough to implant the piece of foreign tissue, then they put the oysters back in the water and wait anywhere from six months to two years for pearls to form, and not every pearl comes out the same, which brings us to another quality that can make one pearl worth more than another.

Size. The larger the pearl, the more valuable, just like any other gem. Narrator: The size of the pearl largely depends on the size of the mollusk. Certain oysters grow bigger than others and can, therefore, make bigger pearls. For example, Akoya pearls can only grow to about 9 or 10 millimeters in diameter, but South Sea pearls and black Tahitian pearls can reach a diameter of around 15 or 16 millimeters. The larger size makes South Sea pearls and black pearls the most valuable type of pearl. On Mikimoto’s website, this strand of South Sea cultured pearls is selling for $32,000. The other notable difference between pearl types is the color.

Sometimes this goes hand in hand with size because the pearl’s color is determined mostly by the mollusk it comes from. Tahitian black pearls are black because the inside of the Pinctada margaritifera oyster is black, but colors can vary slightly based on the culturing process as well. The main reason for the color difference is the species of the mollusk. Another very interesting influence is when a pearl is cultured, there is a donor tissue used from another living mollusk, and depending on the color of that tissue, it will influence the color of the final cultured pearl.
Take for example Akoya pearls. These are all white pearls, but the shade of white can still vary. Some strands might be slightly more pink, while others have more of a greenish tint. Tom says that pinker pearls are typically preferred over green hues. Along with size and color, the shape and surface of a pearl can have an impact on its value.

Typically the rounder and smoother, the better. And finally, perhaps the hardest variable to measure: luster. Luster is essentially the way a pearl reflects light. The shinier the pearl, the better. But it’s hard to tell how shiny a pearl is unless you have other pearls to compare it to. That’s why Tom and the rest of the Gemological Institute have a collection of sample strands for comparison. That way they can look at how one strand of pearls compares to another and see where it falls on the luster scale.

The quality of a pearl’s luster is influenced by the layers of nacre that coat the center. One way to think of it is like the tiles of a roof. Picture a roof with all the tiles lined up so that everything fits together well. If you translate that to a pearl, it would result in a nice, high-luster pearl. A dull, low-luster pearl would be more like a roof with broken and fragmented tiles that don’t line up. When you take into consideration all of these factors, finding or creating the perfect pearl is an art, and the fact remains they’re grown inside an animal, so it’s impossible to have complete control over how and when they form, especially in the wild.

So if you ever bite down on something hard while you’re eating an oyster, take a look at it before you chuck it. It might be more than a piece of sand.