How to Create a Company | Elon Musk's 5 Rules 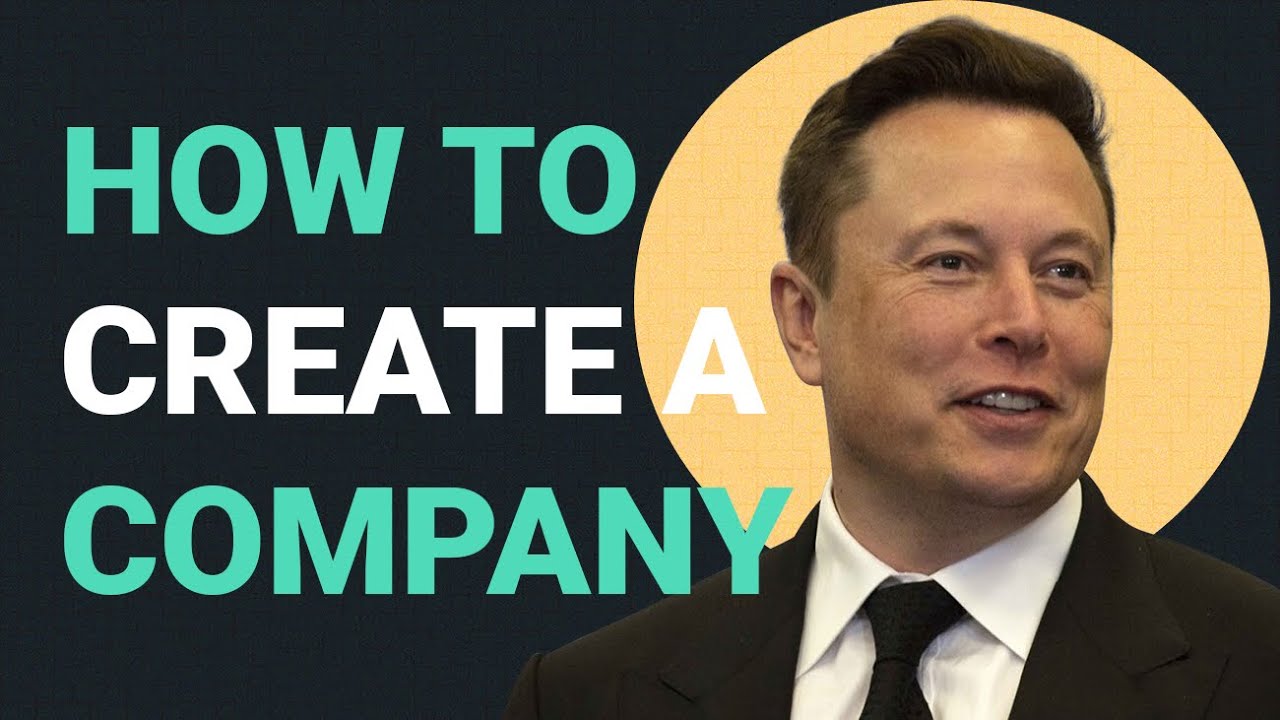 I think the first is,
depending on how well you wanna do
and particularly if you’re starting a company,
you need to work super-hard.
So what does super-hard mean?
Well, when my brother and I was starting our first company,
instead of getting an apartment
we just rented a small office and we slept on the couch.
And we showered at the YMCA, and we had just one computer.
So the website was up during the day,
and I was coding at night,
seven days a week, all the time.
Work hard, like every waking hour.
That’s the thing I would say,
particularly if you’re starting a company.
And I mean, if you do the simple math,
say like, okay if somebody else is working 50 hours
and you’re working a hundred,
you’ll get twice as much done in the course of a year
as the other company.
I think two, is you gotta make sure
that whatever you’re doing
is a great product or service.
It has to be really great.
I go back to what I was saying earlier
where if you’re a new company,
I mean unless it’s like some new industry or new market,
if it’s an untapped market then you have more ability to…
The standard is lower for your product or service.
But if you’re entering anything
where there’s an existing marketplace
against large entrenched competitors,
then your product or service
needs to be much better than theirs.
It can’t be a little bit better,
because then you put yourself in the shoes of the consumer
and they say why would you buy it as a consumer?
You’re always gonna buy the trusted brand
unless there’s a big difference.
So a lot of times entrepreneur
will come up with something which is only slightly better.
And it can’t just be slightly better.
It’s gotta be a lot better.
The other thing I’d say is that if you’re creating company
or if you’re joining a company,
the most important thing is to attract great people.
So either join a group that’s amazing
that you really respect,
or if you’re building a company
you’ve got to gather great people.
I mean, all a company is is a group of people
that have gathered together to create a product or service.
And so depending upon how talented
and hardworking that group is,
and degree to which they are focused
cohesively in a good direction,
that will determine the success of the company.
So, do everything you can to gather great people
if you’re creating a company.
Then, I’d say focus on signal over noise.
A lot of companies get confused.
They spend money on things
that don’t actually make the product better.
So for example, at Tesla
we’ve never spent any money on advertising.
We put all of the money into R&D
and manufacturing and design,
to try to make the car as good as possible.
And I think that’s the way to go.
So for any given company, just keep thinking
about are these efforts that people are expending,
are they resulting in a better product or service?
And if they’re not, stop those efforts.
And then I think the final thing
I would encourage you to do is…
Now is the time to take risk.
You don’t have,
yeah, you don’t have kids,
but as you get older your obligations increase.
And once you have a family you start taking risks
not just for yourself but for your family as well.
It gets much harder to do things that might not work out.
So now is the time to do that
before you have those obligations.
So I would encourage you to take risks now.
Do something bold.
You won’t regret it.